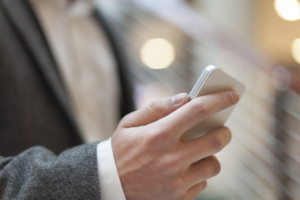 Urban areas in USA, of each size; are being drawn nearer by mobile phone suppliers or their specialists about setting a “Distributed Antenna System (DAS)” in the city’s privileges of-way. Basically, DAS is a more current innovation that is assumed to give better inclusion in urban regions through some “little” cell sites, as opposed to enormous towers. Under current law, a city has finish command over its privileges of-path in connection to these frameworks. That implies a city can permit these offices, deny them, or control them as it sees fit. Additionally, as opposed to the statements of a few organizations, a city can charge a sensible rental expense for the utilization of its rights-of-way.

A distributed antenna system, or DAS, is a cellular system that is used inside buildings that have weak cellular coverage. If the building neither receives a signal nor has a very strong signal, the DAS system will be used to amplify the coverage in the building as long as the roof has a good cellular signal. Read on to learn more about DAS systems and how they are used.

Passive DAS is a common type of DAS system that uses donor fed BDAs to send the signal to multiple antennas within the building. This system works best if the building is less than 125,000 square feet and isn’t completely made of concrete or brick that block the signal. The server antennas usually daisy chain off the BDA. Couplers, taps, and splitters are used to balance the signal. The passive DAS system is also the most affordable.

Another option is the active DAS system. This system uses BDAs that are donor fed to send the signal into equipment that converts the RF so it can be distributed to the server antennas. Each carrier is going to need a separate BDA and the signal is refined with taps and splitters. This system works well in buildings that are denser or are made mainly of brick and concrete. If the passive system isn’t strong enough, the active system is the right choice, but it is also the most expensive choice.

The hybrid DAS system combines features of both the active and passive systems. The features that you choose will be based on the type of building you are dealing with and how strong the signal is. The hybrid system will typically use coaxial BDAs that daisy chain to different IDFs.

When you consult with a Decypher Technologies DAS Installation experts, you will get advice on how to move forward with your DAS system. You will want to choose a system that meets your needs and that is also in your budget. We, at Decyphertech, will guide you through the process so you get just what you need.