DAS cellular is referred to as a distributed antenna system. This system serves as a transport medium which provides a wireless service attached to a structure or within a designated geographical area. In this system, the antenna nodes are separated and connected via a common source. This type of distributed system can be installed either indoors or outdoors and the antennas elevations are typically located under the cutters level and all node installations are compacted.

The general components of a DAS system are generally the same for all system. The first component and the main is that of a donor antenna. The second component is a bi-directional amplifier or what is known as a repeater, this device is used to redistribute the signals. The third main component are fiber optic or coax cables, which are used to transmit all the signals generated. These signals are then received by lastly, remote antennas which are usually placed indoors.

Installing a DAS system can be done in eleven steps. Firstly a building survey is carried out; this is where the possible location of equipment placement and project specifications are dealt with. The second step is where the user coordinates with a service carrier in order to gain all the approvals required for rebroadcasting. The third step is designing the system, this entails the ins and outs of possible cable positions as well as both RF and heat maps while taking into consideration environmental factors. The fourth step is simply doing a pre constructive survey to ensure all possible design plans can be achieved. 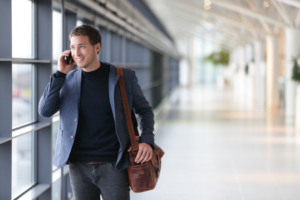 The fifth step is producing a final design based on possible changes which may have occurred during the fourth step. The sixth step involves getting the carrier’s approval based on the design and giving all the possible benefits of your system. The seventh step is a final approval which ensures the complete safety for the project’s commission such as alarm testing and having access to all the critical routes necessary.

The eighth step involves scouring all the relevant equipment needed with the proper ratings for indoor and outdoor use. The ninth step deals with the DAS installation, all the active equipment such as cables and antennas while quality checks are performed. The tenth step revolves around commissioning the DAS. The last and final step in this process is where the system is accepted and in time it requires ongoing support to deal with new signals as technology improves.